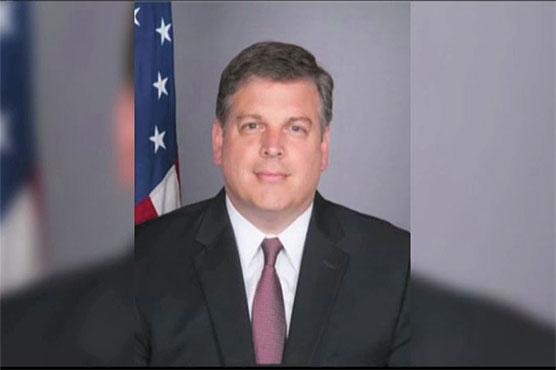 ISLAMABAD – The United States on Thursday confirmed the appointment of Donald Armin Blome as next ambassador to Pakistan after a break of three years.

US State Department shared the news on Twitter stating, “Congratulations to Donald Blome on being confirmed by the Senate as our next Ambassador to Pakistan,” it said. “Partnership with Pakistan is key to progress on regional security, trade and investment, the climate crisis, and human rights,” it wrote.

Blome’s predecessor David Hale left Islamabad in 2018 and since then the US diplomatic mission has been overseen by chargé d’affaires.

Blome, a career member of the Senior Foreign Service, class of Minister-Counselor, is currently the U.S. Ambassador to Tunisia.

Prior to that, Ambassador Blome was Chargé d’Affaires a.i. at the Libya External Office in Tunis, Tunisia, Consul General at the U.S. Consulate in Jerusalem, and Director, Office of Arabian Peninsula Affairs at the U.S. Department of State.

He has also served as Political Counselor, Embassy Kabul, Afghanistan and Minister-Counselor for Economic and Political Affairs at the U.S. Embassy in Cairo, Egypt.