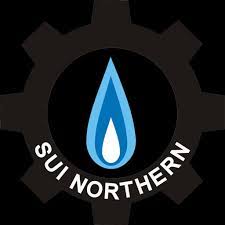 The summary of financial results for the year under review is given below:
(Rs. in Million)
Profit before taxation 8,417
Provision for taxation (2,419)
Profit after taxation 5,998

Following are the primary reasons, which have resulted into decrease in Company’s profitability as compared to corresponding year;

a) Increase in UFG percentage from 11.86% to 12.32% and accordingly UFG disallowance from Rs 10,528 to Rs 11,742 million. Even though UFG volumes decreased from 52.5 BCF in previous year to 48.3 BCF during the current year, the increase in UFG percentage is mainly due to decrease in availability of indigenous gas volumes during the year. However, the value of disallowance increased due to increase in National WACOG used for valuing UFG disallowance by the Regulator. It is pertinent to highlight that OGRA has continued to value UFG disallowance at National WACOG even though the arrangement for using WACOG has been held in abeyance by Economic Coordination Committee (ECC) of the Cabinet in the meeting held on May 17, 2018. Moreover, an amount of Rs 419 million pertaining to previous has also been included by OGRA in UFG disallowance on the basis of finalized WACOG for FY 2018-19. The Company has taken up the matter with the Ministry of Energy for directions in this regard.

b) Increase in finance cost was primarily due to higher interest rates during the year which adversely impacted the Company’s profitability.

Moreover, SNGPL has also declared its quarterly results for the first quarter ended September 30, 2020. Profit after tax earned by the Company during the quarter under review is Rs 3,181 million as compared to profit after tax of Rs. 1,880 million during the corresponding quarter of last year. Earnings per share for the quarter is Rs. 5.01 as against the earnings per share of Rs. 2.96 for the corresponding quarter of last year. Owing to decrease in finance cost by Rs. 1,176 million and decrease in UFG disallowance by Rs. 648 million, your Company has witnessed increase in profit during the first quarter.

Despite all the economic, financial, circular debt challenges and prevailing lock down situation due to Covid-19 in the country, the Company has managed to post profit. This has been achieved under the guidance of the Board of Directors and with the consistent efforts of the Management and staff. The Company’s management is hopeful of better results in future.