Karachi – Ayesha Chundrigar, the founder of Ayesha Chundrigar Foundation (ACF Animal Rescue), condemns the mass killings of stray dogs across Karachi. The CEO of ACF spoke out about the people who instigated the violence against innocent street animals last weekend. She hopes to take on this ongoing problem by addressing the CBC (Cantonment Board Clifton) to prevent further animal harm. As a response to the recent massacre of dogs in the DHA and Clifton area, she suggests a call to action against the persistent atrocities to create a lasting change in how street animals are treated. Chundrigar makes the argument that most of the street dogs have been neutered and vaccinated already, thus killing them doesn’t serve much of a purpose. 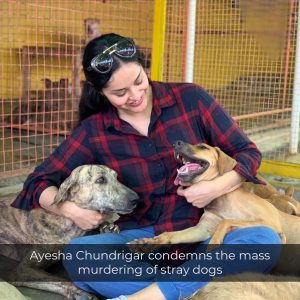 ‘Love is in the air’ –Minal Khan and Ahsan Mohsin…

Monday 8th of February 2021, representatives from ACF, Rabies-Free Pakistan, and other animal lovers who were directly affected by the dog killings across Karachi met with Assistant Secretary, CBC, Sajjad Nazir at the CBC office. ACF and RFP once again offered to coordinate with CBC to administer Anti-Rabies vaccination and Spay/Neuter stray dogs. Both organizations, ACF and RFP, will be working on-ground and conducting their services while ACF will be sharing updates via their social media platforms for these areas a day before so that volunteers can join to spread awareness. 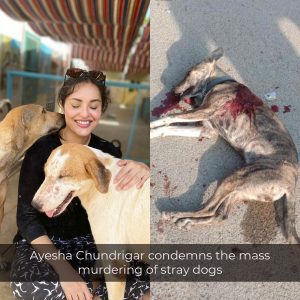 The initiative began after several pet owners, and street pet owners reported that the police had killed their dogs. A multitude of photographs and videos flooded social media feeds of people seeking help against the unnecessary injustice. Seeing these recent posts, Ayesha Chundrigar aims to change this dynamic by resolving the issue once and for all to prevent further harm to people’s street pets. 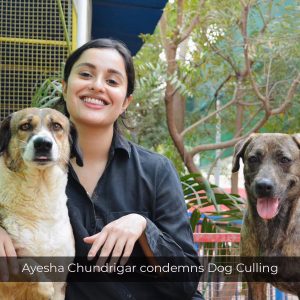 “I strongly, with all of my heart, condemn the senseless, brutal murder of stray dogs in Karachi that’s taking place. These are people’s pets and neighborhood dogs that are vaccinated and neutered. Stray dogs are not vicious as they are made out to be. Dogs, like any living being, will simply react to the way they are being treated. The fact that people think murder is a solution when there are proven humane methods to manage dog population control is evidence that they are not killing dogs because they are a threat, they are simply killing because they want to kill. All life is sacred. No one has a right to take away an innocent life”, stated Ayesha Chundrigar.

To decrease the dog population in the city, mass dog killings have been a constant in Karachi. However, as scientifically proven across the world, murder doesn’t work to resolve this issue. Chundrigar argues that the most humane and internationally agreed-upon way to control the dog population and keep people safe is to spay/neuter street dogs and administer a vaccine for rabies.

Ayesha Chundrigar now asks everyone to come forward and raise their voice against the mass killing of stray dogs. She suggests that people remain vigilant in their neighborhoods and report if they see this incident repeating in their area. Chundrigar and ACF are currently working diligently to keep this problem under control but require assistance from the public to ensure that safety for both, humans and animals becomes a priority in this situation.