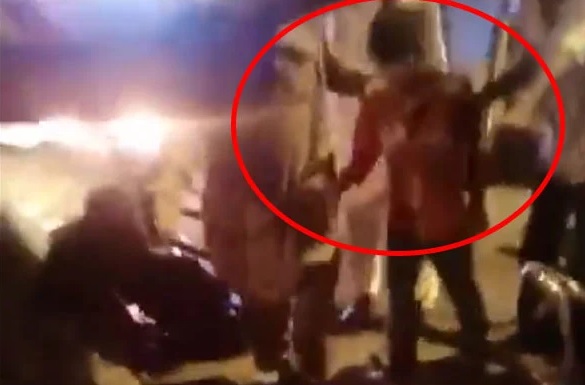 KARACHI – In one of the most tragic visuals emerged from the blast that ripped through Bolton market in Karachi’s Khardar area on Monday night, an eight-year-old boy can be seen attempting to wake up his dead mother from eternal sleep.

The mother of the boy, who can be seen helplessly calling his mother, is the only victim to be killed in the Karachi blast as terror activities are on the rise in the port city.

The video of the incident has gone viral on social media with people sharing sadness over the death of the minor boy’s mother in the blast.

#BREAKING #Pakistan #mother #KarachiBlast
A mother's arms are more comforting than anyone's else, but when . . . it is lost
A 8 year old injured child's helpless call for mother's arm when she is no more..
Bolton market Karachi blast took 1 precious life & 12 sustained injuries. pic.twitter.com/Th9FhLbPLl

In the background, people can also be heard expressing their grief while the boy is wailing near the corpse of his mother.

Besides one casualty, 11 other people also suffered injuries in the blast.

This is the third blast that rocked Karachi in few weeks, with first targeting a van of Chinese nationals and second occurred in Saddar area of the city.

Three Chinese nationals were among the four people killed in a suicide blast at the Karachi University on April 26.