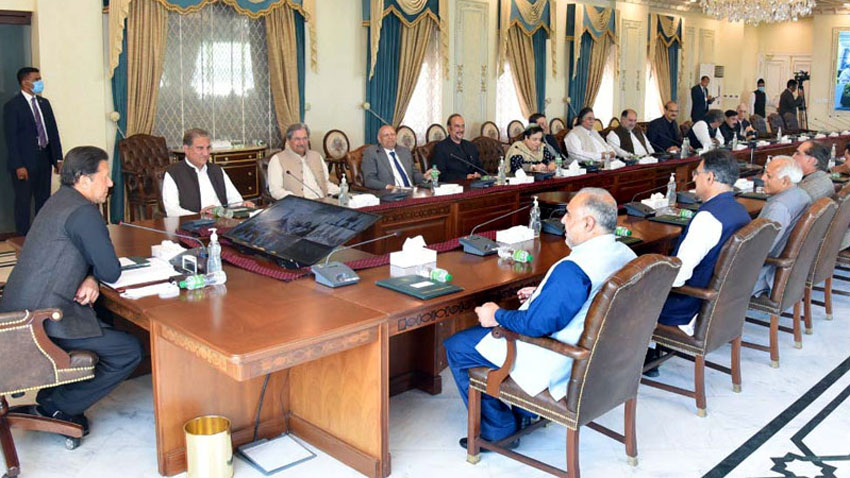 A meeting of PTI core committee chaired by Prime Minister Imran Khan was held in Islamabad on Monday. It discussed overall political situation of the country.

Later briefing media, Minister for Information and Broadcasting Chaudhry Fawad Hussain said that the PTI core committee has expressed full confidence in the leadership of the Prime Minister.

He said the core committee condemned the tactics being employed by the opposition parties to promote horse trading in the house.

He said Pakistan, under the leadership of Prime Minister Imran Khan, has emerged as a country with an independent foreign policy.

The Minister said freedom of Pakistan will not be compromised and Imran Khan will not be blackmailed at any cost. He said opposition will be surprised with PTI moves.

He was confident that the allied parties will stand by the government.

Senior PTI leader Aamir Mehmood Kiani said that the public gathering to be organized by PTI at D-chowk will be historic and over one million people from across the country will attend.

Aamir Mehmood Kiani said the date of the gathering is to be decided by Prime Minister Imran Khan it will determine the future course of politics.