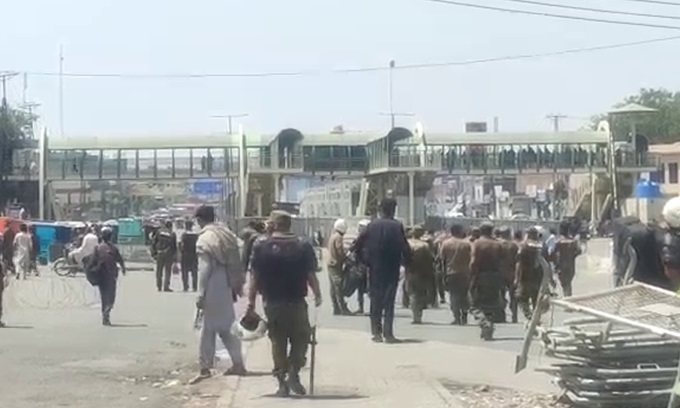 LAHORE – Clashes erupted at different points in the Punjab’s capital city between police and PTI supporters after they began march towards Islamabad on the call of their leader Imran Khan today (Wednesday).

The Batti Chowk area in Lahore turned into a battlefield when police baton-charged and fired tear gas to disperse the PTI workers when they attempted to remove barriers placed on roads to stop the long march.

Police and PTI’s lawyer wing also clashed outside the Aiwan-e-Adl when the latter tried to get party leader Zubair Niazi free from the police custody.

More than 10 PTI leaders and dozens of workers have so far been arrested by police while there are not reports about injury.

Meanwhile, former Punjab health minister Yasmin Rashid managed to cross the barricades in her way Islamabad while his vehicle was damaged during the episode.

#حقیقی_آزادی_مارچ@Dr_YasminRashid car was attacked while she was herself driving as they earlier arrested the driver and the Gullu butts of Punjab Police and PMNL smashed all windows including the wind screen.