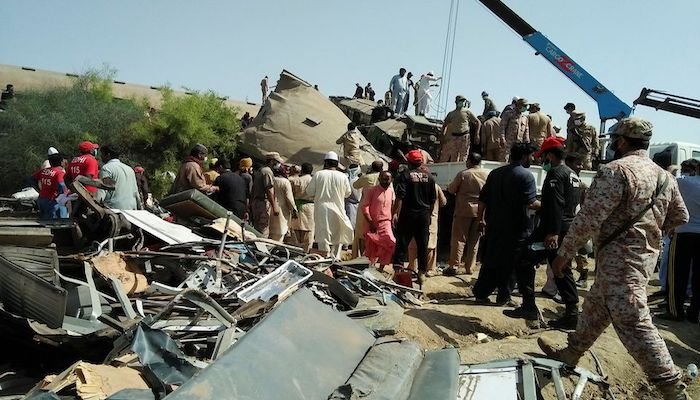 SINDH: Two express trains have collided in Sindh’s Ghotki and at least 37 passengers have lost their lives and 64 others are injured according to police and rescue officials.

A rescue operation is under way at the site of crash and the injured are being shifted to hospitals.