Are you doing CSS? Wait, civil service might not be for you 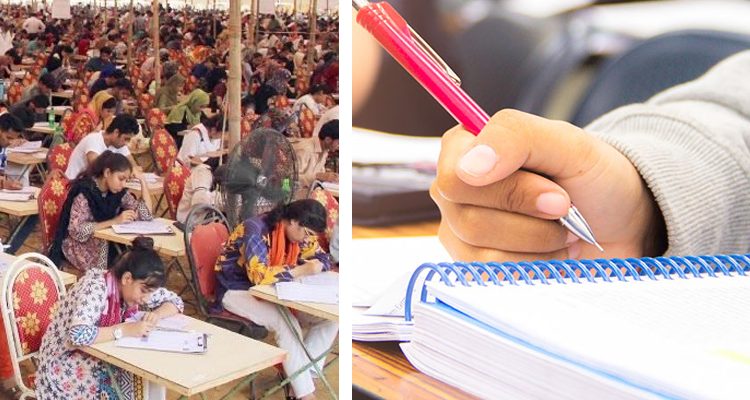 Are you graduating soon as a doctor or an engineer or a law student or in any other discipline and are being bombarded with suggestions like: You should do CSS.

Let me tell you that you need to pass a test, a filter for yourself to see whether you are a right fit or not. People around you are bombarding you with suggestions, however, it is your life and you should take charge.

Civil Service is one of the most coveted jobs in Pakistan and many graduates have the concept of taking a CSS exam right after graduation and finally getting into this. As a matter of fact, we are making our future decisions based on the history of Pakistan’s civil service which was royal once. Let me uncover this bitter truth that the current civil service is not at all royal. Irrespective of occupational groups, the civil service currently in place is not that attractive. One can argue that the Pakistan Administrative Service or Police Service of Pakistan looks way attractive and I would agree to the extent of nuisance.

A few of the PSP officers have committed suicide in the past confirming that stress is tied to this job. Though some of them committed suicide due to personal reasons yet it is an undeniable fact that the stress associated with policing is unmatched. If we talk about the Pakistan Administrative Service which is the top pick of aspirants, let me share that the pay packages are not that attractive. PAS offers the opportunity to directly help the citizens and resolve their problems, however, it comes at the cost of personal life.

If you are someone who enjoys the evening sitting with friends and hate doing over-time, PAS is not the group for you. The PAS officers have to be on toes round the clock and on vacations as well. I am not trying to portray a scary picture for the aspirants but as a matter of fact both PAS and PSP officers have to toil hard. They find it difficult to find time for themselves; though they do serve the public directly.

When it comes to the other groups of the civil service, I would argue that if someone can secure higher education on a scholarship, one should pursue that pat because things are more or less the same. Nuisance attracts all of us as a human being but it is not something for which one should sacrifice bigger motives. If you can end up as a top rated university professor or an expert on any field, why are you eager to join civil service. When we hang out with friends, we often hear this one-liner which is true:

Civil Service is after all just another job.

The amount of prestige and respect associated with civil service is enormous but if you are following your passion and enjoy doing what you do, you should aim to improve yourself in that genre without entering into the civil service. Civil Service is for that category of people who can stay in a designated line as far as promotion is concerned. One who can build him/herself as an expert on any subject should strive to stay in the field. As a civil servant myself, I do hear stories of people who joined civil service with ambition, however, the nature of job led them to boredom and they don’t feel passionate about their jobs. Many of the civil servants do leave the service after securing foreign degrees and enriching themselves with certain subject. They become consultants and can better contribute to their subject and society with ease and liberty. If you are graduating in a subject which you liked, my advice would be to pursue further studies and make yourself an expert of the field. Civil Service is one of the prestigious professions but you would derive joy from what you do in the office, instead of following what suggestions you are bombarded with. Those advising you to join Civil Service would not be doing the job that you would be doing. Make a wise choice and see whether you can excel in your particular field. If the answer is in the affirmative, continue treading this path. If you end up in the civil service while following others you would find yourself in boredom some years down the road which would be destructive.
About: The writer is a section officer at Ministry of Industries and Production. He can be accessed on Twitter @haidersays.